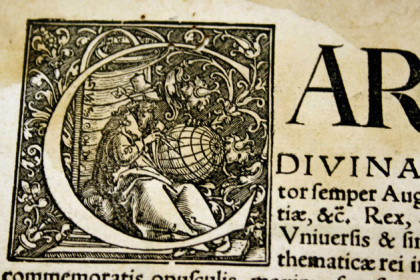 High Initial – Initial letter of increased body, composed on the base line and then above the ascendant of the other letters of the text (as opposed to the drop cap).

Speaking Initials – So are defined handwritten or printed initial, illustrated by a picture (animal, person or object) whose name begins with that letter of the alphabet that the image itself is destined to adorn. In the event that the person, animal, or object depicted in the initial is related with the text, it is called historiated initial.

Intercalated – In bookbinding and bibliography this term defines each additional sheet printed separately and then inserted between the pages of a publication; in the typographic language means any mark or different character placed in the composition.

Interfoliare or interleave – 1. The operation of alternating printed pages of a book to blank pages where you can write down interventions for the next edition. Typical in the copies of editorial work. 2. When printing or placing in a press, the operation of interlaying sheets of silk paper or tissue paper to the pages of a valuable book to avoid the effects of set-off.

Isolario – Collection of maps dealing with islands, separately from the continents. The oldest is the Liber Insularum Archipelagi by Christopher Buondelmonte, made in Florence in 1420, the genre had luck in the whole Mediterranean area between the fifteenth and eighteenth centuries.

Keepsake – Collection of various writings, miscellaneous illustrated stories and poems, usually enriched with engravings on steel and elegant ligatures, such as annual gifts; were especially common in Britain between the thirties and forties of the nineteenth century. The name is composed of the English verb “to keep” or “hold” and “sake”, that used in idiomatic expressions such as “for the sake of” or “to love” means something that can be kept for love or memory of someone.

Lettering – Literally means “inscription” or “inscripted characters” but in current usage, the term is generally used as the design of an inscription, a logo, a graphic core, which goes beyond the formal composition of the character typeface. The ultimate goal of the lettering is to achieve a unitary, configuration a harmonious and structurally well-defined composition.

Lectionary – Text containing the readings of the Old and New Testament to be used during Mass, neatly arranged according to the succession of the times of the liturgical year. 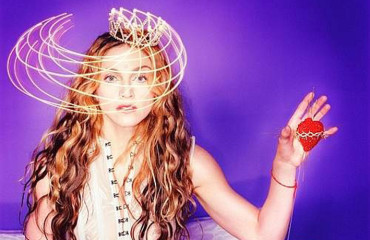 A new life for Lachapelle 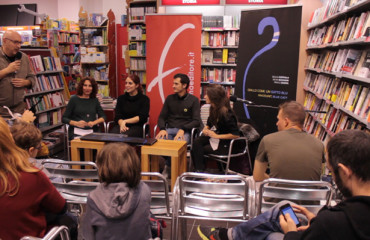 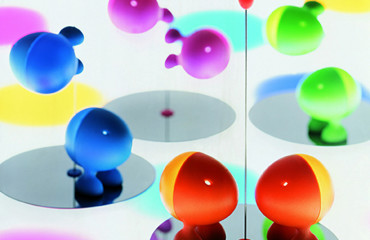