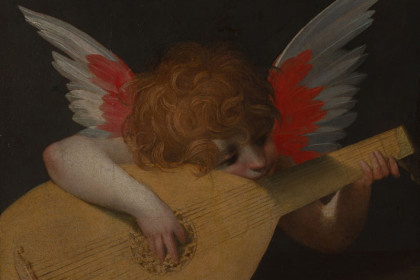 It all began in the Chiostrino dei Voti dell’Annunziata in Florence. There, between 1513 and 1514, two painters about twenty years old were assigned to the creation of two frescos: the Visitation to Pontormo, the Assumption to Rosso Fiorentino. The exhibition “Pontormo and Rosso Fiorentino. Divergent ways in the “manner” opens with these two paintings, to continue in a chronological path which intersects some thematic sections devoted to drawing, portraiture and religious yearnings of the artists that combine the eighty works – not only paintings, but also tapestries and engravings, drawings and tables of master Andrea del Sarto and Fra’ Bartolomeo – in a continuum of cross-references between two independent voices that have been expressed within complex political and social dynamics that characterized XVI century’s Florence. Florence, the very city where the “modern manner” was born, as defined by Giorgio Vasari, the style that had given rise to many debates among historians, are now outdated due to this exhibition, as suggested by curators, it allows to read the works of the two painters with “free-eyes”.

Giovan Battista di Jacopo, known as Rosso Fiorentino and Jacopo Carucci, called Pontormo, were born in the same year, 1494, just a few miles away, and were formed by the same masters in Florence, Andrea del Sarto in the first place. “Different Twins”, they were defined, but in reality they were two artists made of  pure genius who developed, from a definite choice of field made in 1517, a different way of looking at the world and portray it with the brush. But even a different life, if it is true that Pontormo was one of the favorite artists of the Medici, who never departed from Florence, who at the end of his life was considered a heretic, while Rosso Fiorentino was preferred by aristocratic families close to republican inspiration, he traveled constantly to Italy and arrived even to Fontainebleau, he was an adept of magic and scholar of Kabbalah. Stylistically, however, the former one opened up at once to linguistic variety and to the renewal of the tradition of compositional schemes, preferring naturalistic setting, while the latter remained closely tied to the past and, in particular, close to Michelangelo.

The exhibition at Palazzo Strozzi, where you are mesmerized by famous works, it does not come like many others from celebratory occasion, from anniversary, but responds to the need to make the point, after the great exposure of Pontormo in 1956, on two cornerstones of Italian painting: first of all a critical study, analyzing in detail the historical events and works of art to provide an innovative perspective to frame Pontormo and Rosso Fiorentino, both part of the “Manner”, but “diverging” precisely on the paths they took. 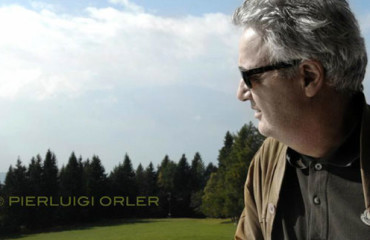 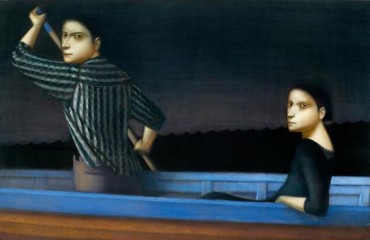 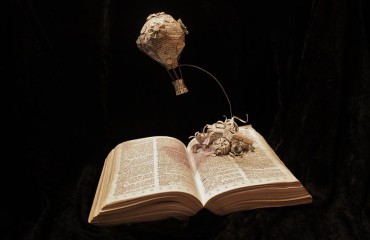 The most beautiful examples of book sculptures