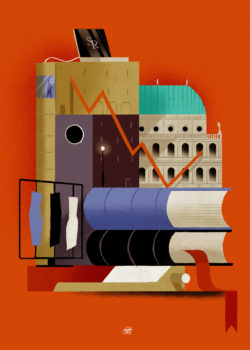 It would be interesting to mount a camera and film the facial expressions of people watching for the first time Riccardo Guasco’s illustrations. Expressions would be somewhere between amused, enraptured, amazed and floored. From the first glance it is clear that among his models are especially artistic movements such as Cubism and Futurism. In the first case, merge multiple points of view simultaneously is a way to offer different views of an object, of a feeling, of a situation. From the second, instead, it takes the aesthetics and the lines, the speed and the immediacy of the message.

Drawing has fascinated Guasco since childhood because he considers it a means of genial expression, synthetic, non-invasive, very fast and extremely democratic. A drawing is able to condense a message and can be understood by everyone without difference of age, class or language and above can be communicated in a very short time, unlike other media. The reality around us is likely to be represented by multiple points of view, by mixing the interpretation that Guasco gives a certain subject at different times. This and some of its meaning are left intentionally incomplete so that it is for the viewer to complete the work and to give itself a new perspective and a new point of view to the illustration. The beauty of the images lies from being interpreted differently by those who benefit and, thinking about it, this modus operandi may be a blessing in an era when our ideas and our way of seeing it are flattened because we are unaccustomed to watch pictures.

Starting from reality, slowly his drawings were populated by tall houses, whales, bicycles, suspended boats. Imagination – as inspiration – for Riccardo Guasco is a process, training, it is teamwork where the mind helps the eye to see things that are still there while the hand helps to view them, but in the end is the heart who, with its final touch, puts the ball in the net.

“Synthetic and directed” are the adjectives that best fit him when his hand guide the pencil. Are the same words that accompany the design of his covers, the biggest challenge for an illustrator because he must confront himself with art director or the directors of newspapers, often intimidated by the fear of being misunderstood. In the covers must increase even more the unsaid and let the viewer imagine what that illustration could hide or signify. Often, however, the ultimate prize of the challenge is worth the responsibility of the risk that we run. It is precisely when “that” cover is chosen by an ordinary person from an incredible amount of images on a shelf in a library or in a newsstand. 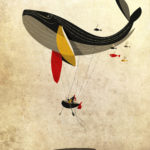 Riccardo Guasco, I believe I can fly, digital illustration, 2011 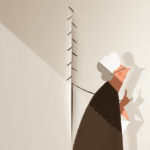 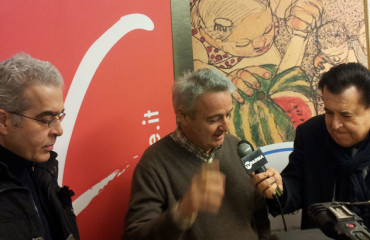 Borgotaro with the sun and the snow 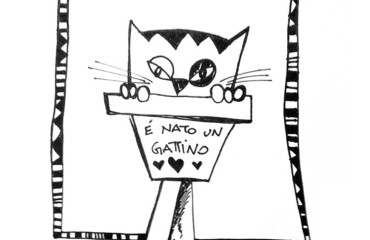 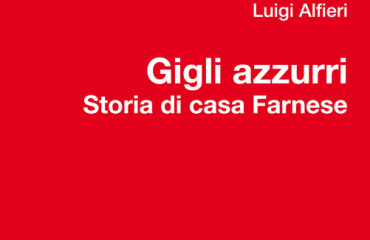 Blue Lilies, the Farnese as you have never read