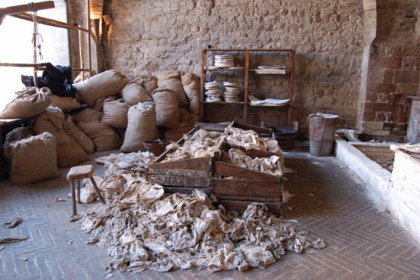 Large fold – Special folding sheets technique; using it, the texture of paper is disposed parallel to the spine of the book (from top to bottom).

Apocryphal, book – Generally referred to a non authentic work or not recognized by the author or unrelated to the traditional canon of his writings. Famous examples are the books of Old and New Testament that Church authorities considered non-canonical, such as the so-called Gospels of childhood.

Apograph – Philological term to indicate the direct copy (usually handwritten) of an original or a specific volume.

Araffic, ligature – From greek “raphis”, or “needle” added to deprivation “a”; born in France in the eighteenth century, is a ligature composed of individual sheets glued along the spine without seam.

Typographic heraldry – Set of crests, brands, uniforms, bookplates, colophon adopted by various printing houses to characterize their productions or by public and private libraries to indicate the properties of a volume.

Arms – Also known as “coat of arms of the owner”, they used to imprint it on the mirror (central space of the cover) with a hot iron or with the press, in the second case is called Superlibros. When the use of binding individual volumes has gradually fallen, arms has characterized the bookplates to be applied to endpapers.

Artifice – In the book area is the increasing of the spacing leading to stretch the text of a page or a column.

Plank or quadrants or plates – Wooden planks used since ancient times to cover and protect the leaves of the codes, they could reach a thickness of 3 cm and were covered with various materials, usually leather, sometimes only partially for reasons of savings. Especially in the codes in parchment, the boards were locked in place by ties to prevent the deformation of the paper, only with the invention of printing the heavy wooden planks were replaced with lighter materials (such as paper or cardboard covered with bonded leather).

Babuino – During the Old Regime was one of the names given to the textbooks containing the rudiments of reading, perhaps inspired by the synthesis onomatopoeic spelling of the child.

Bambagino – Also known as bambagina paper or bambicino, indicated the paper considered pure cotton or cotton-wool, from which it takes its name, according to some, that probably stems instead from the town of el-Mambig, the ancient Bambyke, where they produced such a paper: in fact Arabs also introduced in the processing of cotton and rags, in addition to vegetable fibers used by the Chinese. 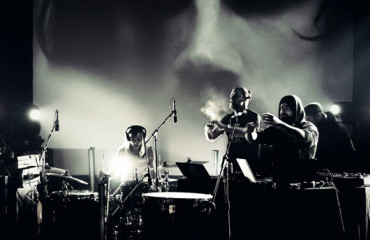 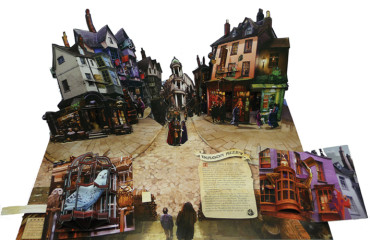 2012 Olympics and the fashion mania for the Union Jack