Monsters, an exhibition in Rome

Monsters, an exhibition in Rome 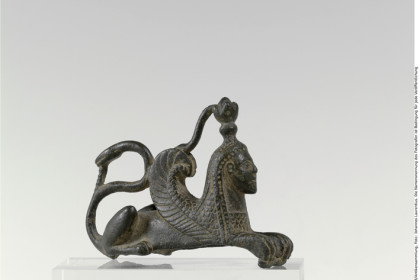 A labyrinthine and dark corridor on which open windows where rare pieces and archaeological wonders shine: concentrated and evocative, the exhibition Monsters. Fantastic creatures of fear and myth at Museo Nazionale Romano Palazzo Massimo (Rome, near Termini Station) analyzes the myths of classical tradition and their relationship with the contemporary world, their influence on modern and contemporary art – in particular on film; and it does so through more than one hundred archaeological finds from Athens, Berlin, Basel, Vienna, Los Angeles and New York museums, to which are added the prestigious pieces from Italian museums.

Inaugurated in December 2013, the exhibition continues ideally the route of the 2011 event titled Let’s go out to see the stars, on the subject of ideal sculpture depicting gods and heroes: the complementary aspect is precisely the monster, symbol of the dark side of human soul, that every hero has to face; hence the labyrinth preparation, an ancient form of initiatory journey to take to go to a higher consciousness.

To the visitor appear griffins, chimeras, gorgons, centaurs, mermaids, satyrs, harpies, the Sphinx, the Minotaur, the Triton, Pegasus, Scylla and the Hydra of Lerna, represented in sculptures, terracotta, pottery, weapons, frescoes and mosaics different historical and cultural contexts, from the East to Greece, Etruscan, Roman and Italic world; the iconography of each type of fantastic creature is divided into thematic areas and shows the evolution over time. Together with archaeological finds are exhibited three canvases: Crete by Alberto Savino, from the National Gallery of Modern Art in Rome, which is a minotaur with giraffe head; Medusa, of the first half of the seventeenth century, oil painting by an anonymous Flemish once attributed to Leonardo da Vinci from the Uffizi Gallery in Florence; Perseus and Andromeda, painting by Cavalier d’Arpino, from Pinacoteca Nazionale di Bologna with a representation of Pegasus.

On the opening day, to connect with this archaic monsters there were also Scott Ross, Hollywood special effects pioneer, and Shane Mahan, a specialist in the creation of mechatronic monsters, while the facade of Palazzo Massimo Piazza dei Cinquecento was “covered” with special effects laser animation with the theme of confrontation between monsters and heroes. The mythological animations are also projected in the inner courtyard of the museum for the entire duration of the exhibition. Also intriguing organized game-visits for schools and families (on reservation, last date 11th May).

Special Superintendence for Archaeological Heritage of Rome in collaboration with Electa 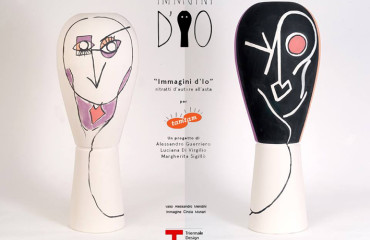 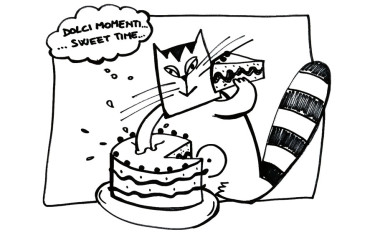 One Pixel every week… 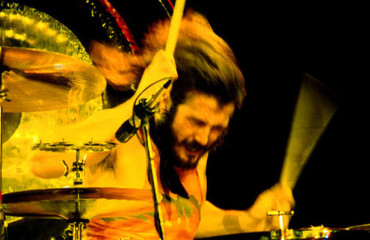