Fifty million visitors and an increase of 70 million euros in the collections of Italian museums: this is the official figure published a few days ago by the Ministry of Cultural Heritage and Activities and Tourism. An undoubted success, also the result of a radical reform – and in some parts a very disputed one – that allowed the establishment of new directors, the start of virtuous practices, up-to-date communication strategies finally: and as we know, culture also and above all proceeds thanks to communication. Well, Fermomag is based in Parma, and in this city there are authentic masterpieces by Antonio Allegri from Correggio – the Correggio, in fact – recognized worldwide as such. Of the three domes frescoed by the painter, the “abbess” one, within the monumental complex of San Paolo, in 2018 is 500 years old, and to this important anniversary we decided to dedicate the magazine issue.

With pride, we are the first in this celebratory year to offer a tribute to the Camera di San Paolo, and we did it by firstly involving “Il Correggio” Foundation, which is committed to enhancing and stimulating research on the Renaissance painter, authentic pillar of sixteenth-century art. Our thanks then goes to Margherita Fontanesi, vice president of the Foundation, who has agreed to contribute to our small focus with an article that illustrates the relevance of the works in the ancient and contemporary cultural scene.

But this issue also comes with a certain regret, because, if a few months ago the news was about the closures to the public of the museum site due to the lack of staff, now the question is resolved – it seems – thanks to an agreement between the Museum of Emilia Romagna and the Municipality of Parma, today is a trivial search on Google that shows that no initiative has yet been announced to commemorate the important anniversary of the Camera di San Paolo. Only a delay due to Christmas festivities? Or a serious carelessness towards an opportunity that would allow not only the enhancement of the artistic heritage of the city, but how the figures above show, more visitors, more tickets sold, more revenue?

At Fermomag, in our small way, we did what we could, with our usual slant between the serious, the ironic and the playful: in fact we jumped from the life of the illustrious client to the very valuable volume by Giambattista Bodoni and to the guts of monastery during the second world war; then to the comic book of Lupo Alberto, to the photos of David LaChapelle who were inspired by the Italian Renaissance, to a surreal and hilarious dialogue on the VIPs of Correggio. Lets now pass to others the baton, hoping that “Correggio’s” race is a beautiful one, full of stages and events, and that leads to the victory of Culture and to growth – hopefully not only of weight for the administration of various gastronomic delights – of the territory.

As is now customary, however, each issue also houses other articles that intend to offer ideas, suggestions, surveys on the best exhibitions not to be missed, on intellectuals to follow and admire, on new amazing books just out and on places to discover. Open your eyes, focus on the words, ignite the thoughts, then read Fermomag and never stop going in search of culture, knowledge and travel: it is our wish for the year just begun. 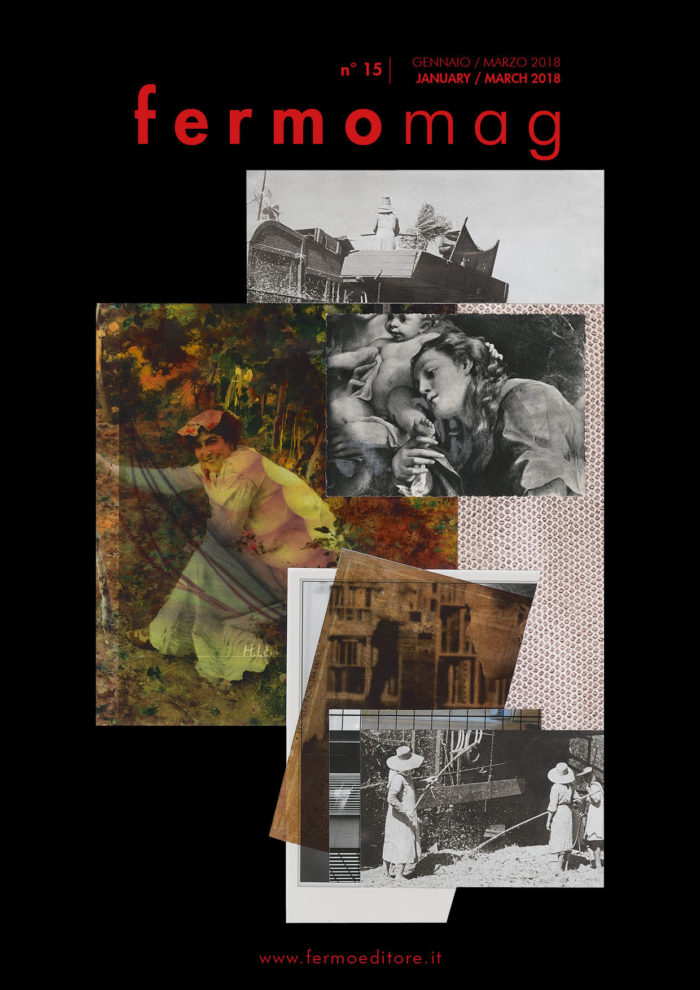