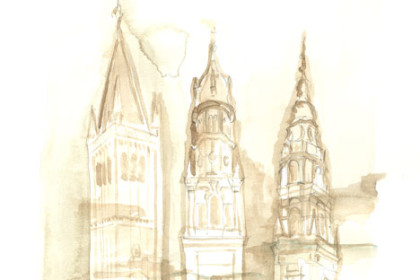 “Have you ever written a haiku?”

This is the question that Maurizio asked his friend Silvia some time ago.

The answer was negative; Silvia did not know that word meant, but remembered having read a book many years before with the glaring title Snow – a novel by Maxence Fermine in which haiku was also mentioned. Silvia found it on her bookshelf and began to reread it.

Haiku is a Japanese literary genre. It is a small poem with three verses and 17 syllables. Not a single one more.

Everything else came of its own accord. Her friend Maurizio put her in contact with Yoshie Mizushima, who generously translated seventy haiku for the book. Silvia Marutti actually wrote more than 500 of them herself, but did not want a heavy book. On the contrary, she wanted its form to reflect the lightness of this poetic genre, stimulating the reader to personal reflections. The illustrations by Maurizio Mistrali – with whom she shared breakfasts in the pastry shop and much affection – complete the project and add value to the work.

Silvia’s career as a writer did not start with haiku. She has been writing for several years, as a passion that has always been a source of well-being and peace, and which she enjoyed sharing with friends (now, after various publications, not just with them). Her subjects are simple: dearest loved ones and nature. Haiku is a form particularly suited to her topics, in an apt combination that creates sensations, visions and life.

Silvia Marutti was born on 13 November 1957 in Parma. Some of her stories appear periodically in the “Il racconto della domenica” column of the Gazzetta di Parma. In 2007 she was awarded first prize in the narrative section of the Violetta di Soragna national competition, with her story Oro, incenso e mirra (“Gold, Frankincense and Myrrh”). Also in 2007 she won first prize at the “Da pietra informe a scintilla” competition, held by the Emilio Romagna Regional Poets’ Association, in Bologna, with the poem Il cappotto celeste (“The Sky Blue Coat”). She was featured in various years in the literary competitions organised by the Tapirulan Cultural Association, with the publication of some of her poems in the anthologies “Star” (2007), “Res” (2008) and “Bunker” (2009). The short story Il testamento della signorina Amelia Gullì (“The Last Will and Testament of Miss Amelia Gullì”) was included in the Souvlaki collection (2010).

The girl with the cherry jewelry 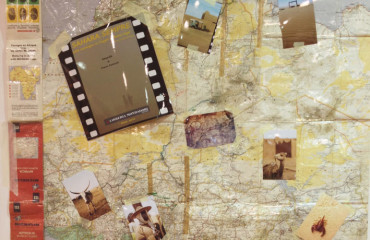 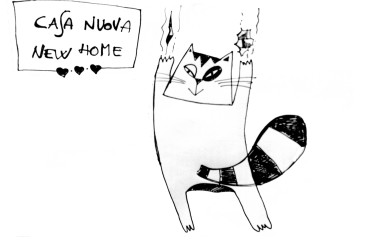