Caccia Dominioni & Catilina, the Chair of the New Italian Bourgeoisie

Caccia Dominioni & Catilina, the Chair of the New Italian Bourgeoisie 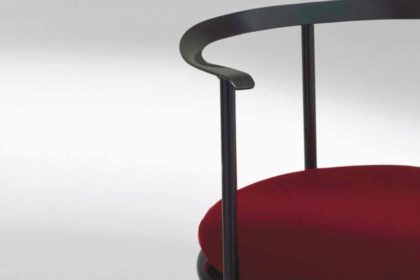 With him goes away a century of the history of design: Luigi Caccia Dominioni leaves us on the 13th November 2016, at the age of 102 years, but of him remains an almost inexhaustible heritage. The architect, urban planner and designer, born in 1913 from a noble family from Milan, trained at the Polytechnic of his hometown, he has spent his life devoted to the design and studying solutions that could combine deep knowledge of materials and their processing with an inexhaustible passion for the essential and functional forms. In over eighty years of activity, his refined objects and furniture components made the history of Italian design, keeping pace, and sometimes exceeding, with the developments in the field on an international scale.

In the decade following the Second World War, Caccia Dominioni plunges into tight design, both architecture as in furniture components, in an Italy in search of a new manufacturing approach, and he did so by confronting the needy companies to resume their activities and a craft able to field the best resources. After the experience of the thirties and forties alongside the Castiglioni brothers and the participation in various Triennali where he reveals his tendency to innovation, Caccia Dominioni is among the designers who, gradually moving away from “economic – poor combination”, they begin to produce furniture and prestigious furnishing objects thrown on the market at a high cost.

The sitting Catilina, created in 1958 by Caccia Dominioni, will summarize all the features of this phase of Italian design of the mid twentieth century, combining in itself the stylistic lightness, polimaterial nature of the piece of furniture, and the simple but firm recovery of past accents, back to being present again, becoming so the spokesman of Azucena, he will create it. The company, founded in 1947 by Caccia Dominioni, together with Gardella and Magistretti, becomes a sort of fifties Italian Wiener Werkstätte, allowing the new Italian bourgeoisie to be reflected in the design of these products and, pursuing the example of Europe’s best interior designers from Hoffmann to Aalto, to help isolate the most successful pieces of a specific interior design, becoming autonomous objects on the sales floor.

An essential sitting in forged iron, Catilina, which is inspired in name and shape to the ancient tripods: three vertical rods link up the horseshoe that is the foot to the structure with the plane of the oval seat, which includes a rubber cushion covered with skin. On the top of the strip, extreme synthesis of the backrest, it slightly rotates along the extremity, ending in a pair of raised arms, which are reflected in the gathered shape of the base.

Over the years Catilina became the subject of numerous interpretations, which vary the size (low, much like a chair, or smaller, table) and finishes of materials, reaffirming its role as the international design style icon, anticipating the recovery trend of iconographic elements of the past, and adherence to their shapes and patterns of the avant-garde visual arts, able to significantly influence the serial production of the decades to come. 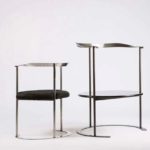 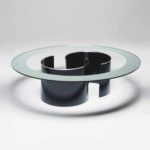 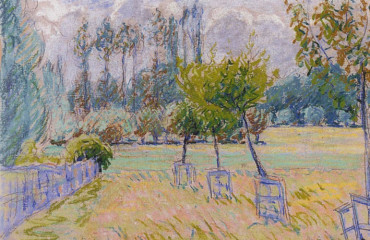 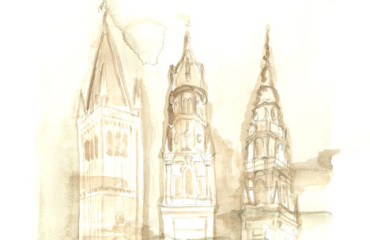 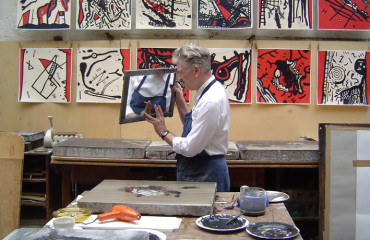