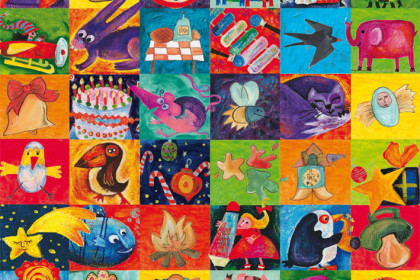 Nursery rhymes, songs and lullabies in a collection that takes us on a journey through time, regions and traditions, allowing us to rediscover the innocent charms of children’s word games. The book Tutte le filastrocche (Gallucci, 120 colour pages) derives from the experience of Jolanda Restano who in 2000, after the birth of her first daughter Mathilda, decided to open a site dedicated to stories, lullabies, tongue twisters, songs, proverbs, riddles, fables and poems. It involved an intensive process of collecting and sharing a large and historic repertoire of stories from around Italy, given new life thanks to the Internet.

The book, illustrated with the amusing and colourful illustrations of Cecilia Mistrali, is an endless source of ideas for every occasion: to send little ones off to sleep, teach children to wash their hands, and introduce them to music and rhythm. All with the help of words and melodies intended to remain in their hearts. It is a special anthology that takes the reader on a journey through time, regions and traditions, to rediscover the innocent charms of children’s word games.

Jolanda Restano (Vercelli, 1967), a pharmacist with a degree behind her, was struck by the possibilities of the web while expecting her baby. In April 2000 she launched  filastrocche.it, a website dedicated to children which has since come a long way, attracting thousands of visitors.

Cecilia Mistrali (Parma, 1975) began drawing on everything she could find – receipts, torn pieces of paper, utility bills – in early childhood. She even drew on the walls, to the delight of her parents. Now, she claims to have stopped. Every now and then she still enjoys decorating furniture, just to keep her hand in. Meanwhile she graduated from the IED in Milan, winning several awards and illustrating a few books in the process. On the web, she creates the cat Pixel, in countless forms. 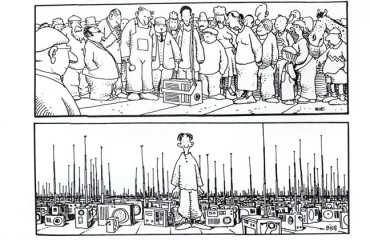 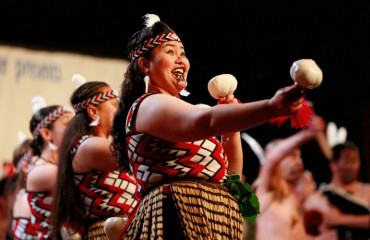