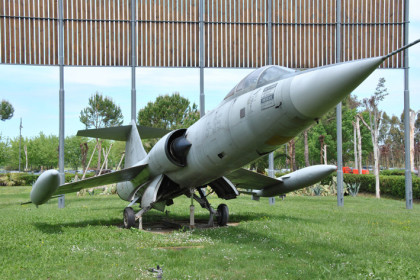 In the province of Latina, Piana delle Orme is not just a museum but a historical theme park, created to house one of the largest and most diverse collections of the world: airplanes, tanks, locomotives, carts, radios, firearms and hundreds of military vehicles, agricultural tractors, threshers, trams and buses, tools and thousands of objects of any type and size, a journey through 50 years of Italian history.  As it often happens, everything comes from a private collection, that of Mariano De Pasquale: a floricultural businessman that throughout his life collected a large amount of objects, tools and machinery of every type and size, materials of daily life which appeared for the first time during the war.

Visitors are offered a collection of museums, 14 thematic pavilions whose leitmotif is the story of the 1900, divided into agriculture and war, dedicated to various issues: toys, the reclamation of the Pontine marshes, farm, life in the camps; war vehicles, from el Alamein to Messina and Salerno, Anzio, Cassino battle, and finally an interesting Pavilion on civilian use of explosive remnants of war. The overview is broad and does not leave anything out, an “unforgettable and poignant tour, that leaves room for surprise, emotion and amazement”. Emotions arise also from the particular arrangement, organized in dioramas in a scale of 1:1, and with no barriers between the objects and the visitor, who finds him/herself involved in moments and events presented.

Piana delle Orme is a museum far from traditional forms, capable of surprising, it excites, and clearly communicates its contents. Among the items on display, there are some rarities such as the Curtiss P40L aircrafts, F-104, Fairchild C-119, the tank with Sherman DD propellers, the locomotive-tender FS 835, or the Nardi Bredi helicopter NH-500 MC. Thanks to their peculiarities, some pieces of the collection are often used in making films. The most famous vehicle in this sense is the M4 Sherman tank, turned into a real star after being cast in the film The English Patient by Anthony Minghella, La Vita è bella by Roberto Benigni, Malena by Giuseppe Tornatore.  Other materials and equipment such as camouflage nets, radios, antennas, cans, tents, stretchers, cots, helmets, ammunition pouches, radios and other equipment, have contributed to countless films and movies. 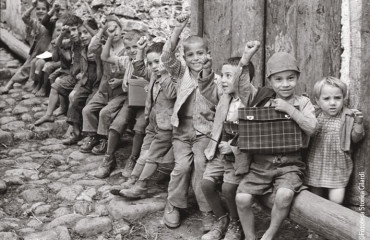 About self-sufficient glamour and about who invented it (2nd part)

Trekking and good food in Tyrol