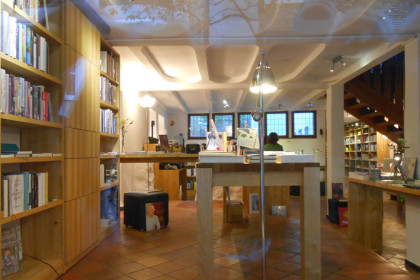 While in Italy many small bookshops are struggling to keep up with the big chains, in Germany, recently, one can see an opposite trend. Big chains like “Thalia” or “Weltbild” have to close branches due to falling sales and on the contrary, small bookshops are opening thanks to the initiative of booklovers and small publishers. So, for example, near Bonn, in Siegburg, publishers Andreas and Paul Remmel gave birth to the “Bernstein-Verlagsbuchhandlung”, a library that wants to be not only a library, but a real meeting point for bibliophiles and lovers of culture.

As Paul Remmel says, the ‘major’ brother of the twins, elder for more than four minutes, they want to create a real cultural program. The two brothers are full of ideas, and to decide if to carry them out or not, they just need to throw a glance to each other. Their mutual knowing for forty years makes the agreement perfect. Starting with common events, such as book signings, readings for children and afternoons when told tales transform the bookshop into a magical world, they develop new forms of contact with customers, organizing walks, where they talk about literature and books, always taking the bookshop as a starting point. And in December, every Saturday of Advent, in the courtyard at the back of the library, they invite you to drink a “Glühwein”, a hot mulled wine, along with typical Christmas sweets.

Recently in their bookshop it is also possible to get married, thanks to an agreement with the registry office. Spread over two floors, in an old beautiful half-timbered house, besides hosting the library of the Goethe association of Siegburg, of which they are founding members, the rooms offer as well space to the offices of their “Bernstein-Verlag” publishing house. Their passion for Goethe and books brought them to abandon their law studies and to establish the publishing house in 2002, beginning to publish texts for the Goethe association and rapidly expanding the areas based on their personal interests.

“Bernstein” means “amber”. And amber is assigned to the celestial constellation of the twins. Also their logo represents monozygotic twins. In short, everything revolves around the fact of being twins in the sign of Gemini. A unique combination that makes them determined in their special and anti-conformist choices. Like wanting to twin the publishing house to a bookshop. Like wanting to give ample space to small publishers. Like wanting to be the first and only one in Germany to sell books of “Fermoeditore”. 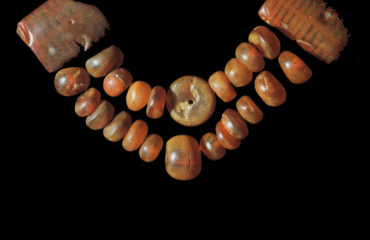 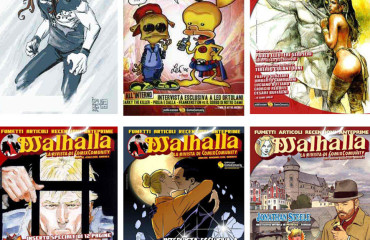